Finding a Way: Past, Present and Future of HDS

Article by Charles K. Michael on the present shape of Harvard Divinity School and future directions.

Less than 40% of students are in the M.Div. program.

"The Divinity School is no longer united around Protestantism. Its alumni are no longer connected by their work in religious ministry. But it is centered around service and community organizing, often for progressive causes, and has been since its founding in 1816."

Jon D. Levenson, a professor of Jewish Studies at the Divinity School, is one skeptic of the new curriculum. “For a long time, the Divinity School was primarily a Protestant seminary,” he says. “Those liberal Protestant denominations are underwater demographically—they have a negative birthrate, below replacement level. Their cultural influence has declined markedly. I think it was inevitable that a curriculum that spoke to the older identity of the school would have to change.”

For many students, the Divinity School’s lack of a single religious identity is a major benefit. In her day job, Divinity School graduate Kerry A. Egan cares for terminally ill patients in a hospice in South Carolina. She is the chaplain there, but her job is not to preach any one set of beliefs or teach any one doctrine—Egan is simply there as what she calls a “spiritual midwife,” whose role is “to help [the patient], sit with them, and say to them, ‘What do you already believe?’”

Egan is a Christian, but that does not change the way she cares for patients: “One of the things you learn as a chaplain is you walk out and say ‘I want to be all of the religions!’ You love them all. They all have so much beauty in them.”
Last fall, Egan published the book “On Living,” telling the stories of her patients and the lessons she’s drawn from them. To Egan, writing is a form of ministry, one that speaks to a much larger audience. This fits with the Divinity School’s mission to rethink how religious leadership works: “We’re broadening, in a way, the meaning of ministry to include other vocations besides congregational leadership,” says Rose.

The article concludes:
“We know that 84 percent of the world’s population declares that religion is a primary organizing principle of their lives,” says Hempton. “A place of real excellence where religion can be studied, without it being driven by a confessional or proselytizing agenda, I think is a good thing for the world.”
at February 16, 2017 No comments:

Thank you Father Sasser and the parish of St Paul's Bloomsburg PA for the invitation to preach on Theological Education Sunday and join your  celebration of Candlemas yesterday. 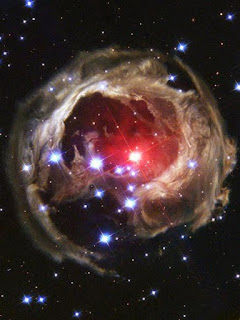