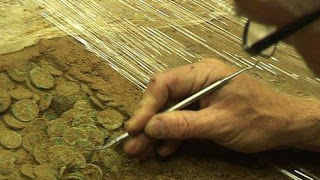 Madeline Miller won this year's Orange Prize for her book "The Song of Achilles" which I have just finished reading. I know there are criticisms of it, especially that by Daniel Mendelsohn in the NY Times but I found it engaging and entertaining. I recommend it to everyone. Joanna Trollope, chair of the judges for the prize said, ""This is a more than worthy winner - original, passionate, inventive and uplifting. Homer would be proud of her."

Much has been said by the author of finding the right way to express the voice of Patroclus in a lyrical not an epic mode. I think the voice succeeds.

The Iliad, from which the story of Achilles derives, can be dated to 750BCE with elements in it five hundred years older. Since the distinction between myth and history was made only in the 5th C BCE with writers like Herodotus and Thucydides, many people thought that the mythos that made up the Iliad had taken place.

Rewriting stories like that of the Iliad from the Classical World isn't new but when it's done so well that the reader wants to re-read the original, then surely, the re-write has been done well. Madeline Miller talks about giving Patroclus a voice in her writing:

In the past years, I have read some truly stunning ones, including Zachary Mason’s The Lost Books of the Odyssey, Margaret Atwood’s Penelopiad and David Malouf’s Ransom. Not one of these authors seeks to supplant Homer, but to engage and illuminate him. They do what adaptation does at its very best: stand brilliantly on its own, while inspiring a fresh look at the original. And there is absolutely nothing lazy about any of it – all those works show how the authors steeped themselves in the source material, and how thoughtfully they approached it. Besides, if I had been thinking straight from the beginning, I would have realised that some of my favourite ancient authors are themselves adapters – Virgil’s Aeneid is based on the Iliad and Odyssey, and Ovid’s Metamorphoses draws on everyone from Homer to Virgil himself.
at June 21, 2012 No comments:

Nelson Jones writes for the New Statesman on the present shape of the CofE in Britain's secular society. After some judiciously worded statements about the appeal of the CofE for weddings and funerals and positioning in a multi-faith society, the article concludes:

There are dangers for the Church in embracing an enhanced multi-faith role in a society in which strong religious commitment is waning.  By speaking out on behalf of faith, forming alliances with other churches and religious groups, it risks losing that comforting and liberal image that has, until now, made it a source of national unity rather than division.  It risks losing that vague connection with the people without which it ceases to be in any proper sense a national church and becoming once more a bastion of religious conservatism and even prejudice.
By coming out so strongly against same-sex marriage, for example, the Church leadership has made itself look to many people out of touch and divisive, including to many of its natural supporters, including to many of its practising members and even clergy.  It's hard to believe that the C of E has much of a future as the Daily Mail at prayer.


(Update: even the conservative Church Times has some cautionary words about the statements against same-sex marriage attributed to the Anglican Church.)
at June 15, 2012 No comments:

A Season for Renewal: Engaging the Bible in Mainline Churches

At the ABS on June 18th: A Season for Renewal: Engaging the Bible in Mainline Churches

In Partnership with:
The Nida Institute of American Bible Society

This conference is underwritten by the generous support of:
The Hostetter-Habib Program Fund at NYTS

Tractarian Church of Llangasty-Talyllyn near Brecon in Powys, Wales 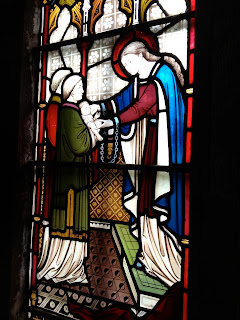 This is the only church in the world dedicated to St. Gastyn who was tutor to St Cynog whom he also baptized 150 years before Augustine came to Canterbury. In the mid-19th C the church was rebuilt by Robert Raikes in accordance with Tractarian principles and employing architect John Loughborough Pearson later famous for Gothic revival style.