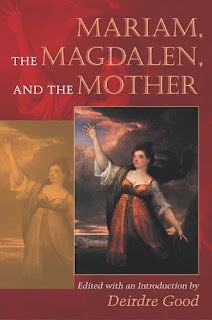 Indiana U Press has a sale on books. Last day is today. For example, this book is on sale for $13.50. Apologies for the shameless self-promotion!
at June 30, 2010 6 comments:

Email ThisBlogThis!Share to TwitterShare to FacebookShare to Pinterest
Mysteries of the Jesus Prayer's next newsletter promises to send along a download link to an ancient Egyptian Christian hymn if you sign up. The whole project is fascinating. Next year they are releasing a documentary, I believe.
at June 30, 2010 No comments:

Reaching for words: the Lord's Prayer

The New York Times has a piece about the recovery of speech by poet Marie Ponsot after a stroke.  At first, she cannot recall what she does not know. But she starts with the English version. When she can't recall that she moves to the familiar French one but can only remember the first three words. Suddenly  the Latin version of the entire prayer pops into her head. She tries to translate it back into English without success. Suddenly it arrives.


Was remembering the Pater Noster that night in the hospital a moment of awakening? Ms. Ponsot grinned, perhaps at another unduly fancy thought.
“It allowed me,” she said, “to go to sleep.”

Stave off mental decrepitude and memorize another version of the Lord's Prayer!
at June 28, 2010 No comments:

I'm on holiday with my mother in Ireland for two weeks. Since I'm fortunate enough to be part of a 2010 Wabash course for theological faculty teaching online for the rest of June and part of July, I'll be doing homework online when not out walking or birdwatching. I'll sign back on in July...
at June 07, 2010 10 comments:

St Mark's Press has released a CD of Mark's Gospel being read by Peter Wickham. The blurb: This is the real thing, untweaked, written circa AD65 by a close friend of St Peter, Jesus's key disciple.
at June 05, 2010 No comments: 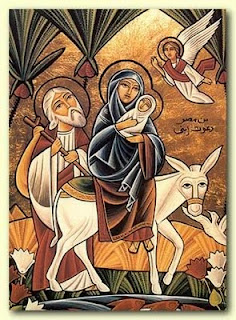 Forthcoming from BBC Radio 4 next Monday June 7th at 3.45pm:
Mary is the most important woman in world religion, a cult figure in the Catholic Church who relates to the big questions in our lives - sex, politics and religion. She is a symbol of maternity, hope, faith, superstition, feminism and beauty. She arouses both fervent devotion and deep scepticism.
Presenter Rosie Goldsmith, who has a life-long fascination with the Virgin Mary, asks why she is so important in today's world and whether this Modern Mary is a force for good or bad. She explores the origins of Mary and asks how this one woman can be not only a model of submissive womanhood but also a feminist icon and a Jungian female archetype.
She talks with Richard Dawkins, Ann Widdecombe, Marina Warner author of Alone of All Her Sex: The Myth and the Cult of the Virgin Mary

and Miri Rubin author of Mother of God: A History of the Virgin Mary

about why they believe in or reject Mary. She visits the shrine of Our Lady in Walsingham and meets a group of children who tell us simply that she's the most beautiful woman in the world.


Update: The first programme has three cameo appearances from Miri Rubin (focusing on the 12th and 13th Century wherein Mary is re-invented in western Christianity) and goes to the shrine of Our Lady of Walsingham, "alive and buzzing with pilgrims." Ann Widdecombe opines that Mary has a role for women today in her unexpected pregnancy and uncomfortable place of birth. Mary the woman also watches her son die. Marina Warner, the author of a thirty year old book on Mary published in 1976, is interviewed. The myth of Mary has not disappeared. Miri Rubin proposes that interest in women in the 21st C is connected with the sustained interest in Mary.

Other programmes for the rest of the week include:

Essays for Joanne McWilliam to be published July 1st, 2010

Contributors are sending in proofs in the next fortnight and the book is due to be published on July 1st. Mine will be done today.

May the souls of the faithful departed rest in peace.
at June 03, 2010 No comments: