On World Aids Day, Sir Elton John opines in the Independent (which he is guest editing for a day) that he is heartened by hope:
I'm heartened by the recent statistics from UNAIDS that tell a promising story – 5 million people on treatment and a 25 per cent drop in new infections across the worst-affected countries since 2001. I'm motivated by the progress that Aids has quite unintentionally moved forward, rather than the destruction it has left in its wake. 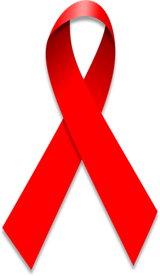 Human ingenuity, he says, has wrought changes:
When it struck the gay community with such ferocity, Aids galvanised gay men not only to demand medical treatment as patients, but also equal treatment as human beings. When religious leaders and moral crusaders declared it to be "God's judgment", brave and unlikely champions such as Princess Diana and Ryan White emerged to challenge the prejudices and taboos that lived in the hearts of millions. And when epidemics claimed the lives of millions of nurses, teachers, miners, and soldiers, an army of ordinary people proved to be much stronger, building networks, raising funds, and opening their hearts to the sick and their homes to the orphaned.


In the meantime, we can and must speak out against religious and social bigotry keeping Aids alive.


There are plenty of ways to observe World Aids Day in NYC. Lights on the Washington Square Park Memorial Arch will be switched off during a "Light for Rights" media event from 5:30  p.m. to 6:30  p.m to remember those who  have died of AIDS.  Fifth Ave. at Washington Square Park North.)
Speaker Christine Quinn and actor Stockard Channing will speak. There also will be a performance by the Broadway Inspirational Voices choir. The lights will then be turned back on to emphasize human rights for those living with HIV/AIDS.
at December 01, 2010